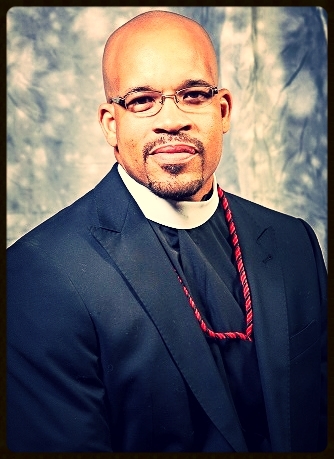 Elder Craig Chalk was born in 1970 and raised in both Vineland and Camden. He is the oldest child of Mother Barbara Chalk. He is a graduate of Baptist High School located in Haddon Heights, NJ. Being raised in the church, he made the decision to give his life to Christ at the tender age of 6 years old. As a child he worked deeply in ministry and was involved in the music ministry under the leadership of Pastor Elvin Ezekiel.

Even with the spiritual training that he received as a young man, he chose to experience life beyond his spiritual upbringing. He ventured out into the world and it wasn’t until 2008 under the leadership of the late Bishop Hillmon Moses of Tabernacle of Faith that Elder Chalk felt the pull of Christ on his heart and rededicated his life to the Lord.  Under the ministry of Bishop Moses he received spiritual mentorship and serves the ministry as a youth leader.  In 2010 he was ordained as an Elder under Bishop Hillmon Moses. He now works closely with Pastor Thomas E. May at Tabernacle of Faith.