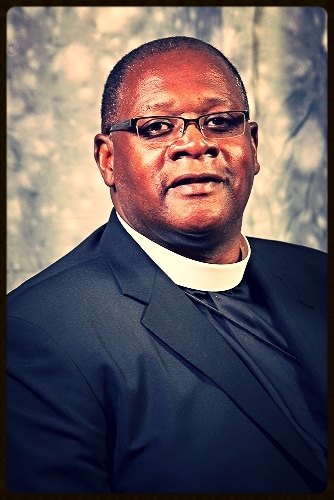 Elder Norman Hunt is a native of Franklinville, New Jersey. He is the seventh child of Brother Willie Hunt (deceased) and Mother Geraldine           Hunt (deceased).  He is a graduate of Delsea Regional High School and has continued his education by taking post-secondary and technical courses. He was reared in the church all of his life but chose to experience life beyond his upbringing. However, his training remained with him. He often tells that he didn’t find peace until he gave his life to the Lord in 1985.

As a child, his pastor was the late Elder E.C. Bryant of Bryant’s Temple. He was in the sunshine band and boys league. As a young man and well over 40 years, his pastor was the late Bishop Curley Guidry of Greater Bryant’s Temple now Healing Wings. It was under Bishop Guidry that he received spiritual training as a deacon (November 1991), financier, interim Sunday School Leader and minister (2009). In 2012, Elder N. Hunt and family moved their membership to Tabernacle of Faith under the leadership of the late Bishop Hillmon Moses where he was ordained as an elder (March 2013). He now works closely with his pastor Thomas E. May at Tabernacle of Faith.

Elder N. Hunt’s main mission is soul winning for Christ. His messages are meant to encourage others to allow Christ to be their personal Savior.

He has been employed at South Jersey Gas Company and an Aerospace union member (Local 76) for 29 years. Elder N. Hunt and his wife Shari Walker-Hunt have been married for over 25 years and have one son Connor N. Hunt.

To God be the glory for the things He has done in Elder N. Hunt’s life.